In a polarised political landscape dominated by a new brand of politicians in the mould of Donald Trump, political activism seems to be everywhere. The less citizens vote and are involved with traditional political parties, the more consumers seem to want to be involved with movements and vote with their wallets. 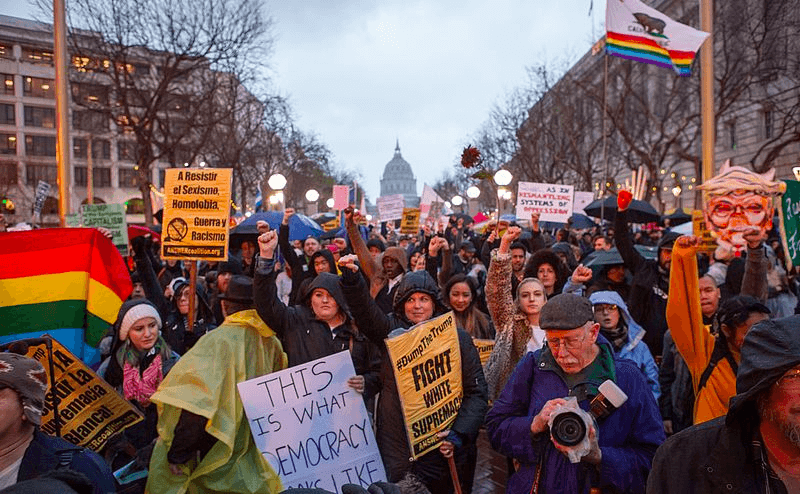 As a result, consumers are witnessing the biggest rise in brand activism ever seen in the history of marketing. A large number of today’s new ads are surfing on the wave of brand activism, as exemplified by the very activist (anti-Trump) ads aired during the last Super Bowl.

The strong popular reactions to President Trump’s first executive orders forced numerous companies to take a stand on political issues. Political pressure seems to have been too strong for them to remain neutral in the face of stopping US funds for international family-planning organisations, attacking Obama’s legacy healthcare reform, and closing the borders to travellers from a list of Muslim countries

But in truth, brand activism today is not just a series of acts of “resistance” following recent political events. It is also (mostly) the reflection of an increasingly polarised consumer world. The new rules of the digital game have transformed the way we communicate and market our products. The age of top-down mass-market everyone-should-be-pleased marketing is over. You can’t please everyone, and if you do, you end up pleasing no one. A strong stand is how you attract superfans. Can you still exist without them?

Trump is a controversial president, elected with less than 46% of the popular vote—Hillary Clinton won 48% of the popular vote, 3 million more votes than him. His election eventually caused a rapid surge in activist movements across the country. Large demonstrations after Trump’s election and inauguration signalled the mood of a big chunk of the nation. As The Economist wrote last week, “The president is not just good at rallying throngs of his own supporters. He is also firing up his critics in a way that offers some echoes of the Tea Party movement that sprang up to oppose Barack Obama in 2009”.

“If the gravest threat to democracy is indifference, have some faith in Donald Trump’s America”

A lot of companies, most notably Silicon Valley’s tech giants, have had to take a stand if only to satisfy the bigger and most affluent half (if not more) of their consumers. In California, America’s most populated and most affluent state, where nearly 62% of the voters went for the democratic candidate, a lot of anti-Trump movements are now pushing companies to commit to political causes.

Google is a case in point. In February, thousands of Google employees walked out of work to protest President Trump’s immigration ban. The hashtag #Googlersunite trended during and after the demonstrations. Not only did CEO Sundar Pichai and Alphabet President Sergey Brin not stop them, they even supported their employees by making fervent speeches. Here’s what Brin said:

“I came here to the U.S. at age 6 with my family from the Soviet Union, which at that time was the greatest enemy the U.S. had — maybe it still is in some form — but it was a dire period of the Cold War”. “Some of you probably remember it. And there was a threat of nuclear annihilation. And even then the U.S. had the courage to take me and my family in as refugees.” 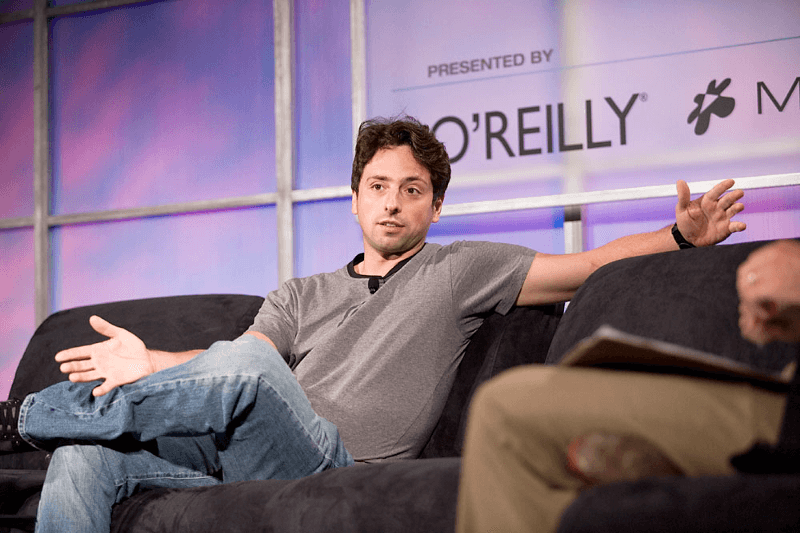 Pichai and Brin were certainly sincere in their speeches, but they also had no choice but to support their employees. Google’s US users may be majoritarily anti-Trump, but Google’s employees are almost exclusively anti-Trump! Trump’s directive went against the Valley’s values of openness and globalism that are widely shared by Google’s workers. It also directly threatened Google’s ability to hire international talent. In a world where a tech company’s ability to recruit the best tech talent is a question of life and death, taking a stand to back your employees will determine your ability to recruit in the future. In other words, activism shapes your employer brand.

As explained in a recent Wired article, “with talent so precious and scarce, tech companies have little choice but to take their workers’ politics seriously.”“It makes sense, then, that techies would scrutinize their prospective employers based on whether those companies and their leaders exhibit values that align with their own worldviews. And these days, those views are likely to be anti-Trump.”

But consumer brands are as affected as employer brands. Growing brand activism reveals how profoundly the rules of the communication game have changed (see our WillBe Group article on the subject, in French)…

The rules of the marketing game have changed: you can’t afford to please everyone

In the Fordist economy, mass-market products and top-down communication dictated that companies try to please everyone, or rather alienate no one. Being mainstream and politically neutral was an imperative. Corporations aimed for consensual and low-risk communication. Standardised products that had a longer shelf-life were designed to target the market’s lowest common denominator and be distributed massively. 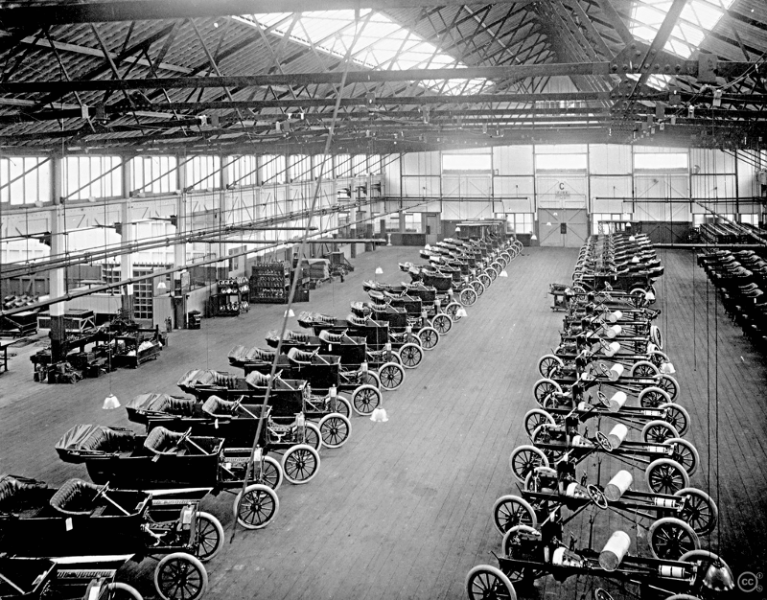 Unlike the standardised products of the Fordist economy, the products of the digital economy need to target specific niches before they can reach a wider audience. Effective communication and advertising is bottom-up and peer-to-peer. A brand’s ‘superfans’ are its most powerful ambassadors as consumers are increasingly weary of corporate communication and trust their peers more than they trust advertising messages. As Basecamp founder Jason Fried wrote in Rework (2010):

“A strong stand is how you attract superfans. And they spread the word further, wider and more passionately than any advertising could.”

The price to pay for having ‘superfans’: you’ll have enemies. Strong opinions will always turn some people off. To ignite passions in some people, you must alienate others. As in the political world, people get stoked by conflict. They want to take sides.

Even “villains” need to be clear about their villainy and have their fans pick their sides against all the innocent “doves”. That’s what KFC’s brilliant mock #cleaneating campaign was all about. The campaign featured a fake health guru praising a new cauliflower kale chia burger recipe…only to mock the health-obsessed consumers (who never eat at KFC anyway). The idea was to actually launch the “Dirty Louisiana” burger. “Clean” vs “Dirty”. Choose your side and pick your enemy. 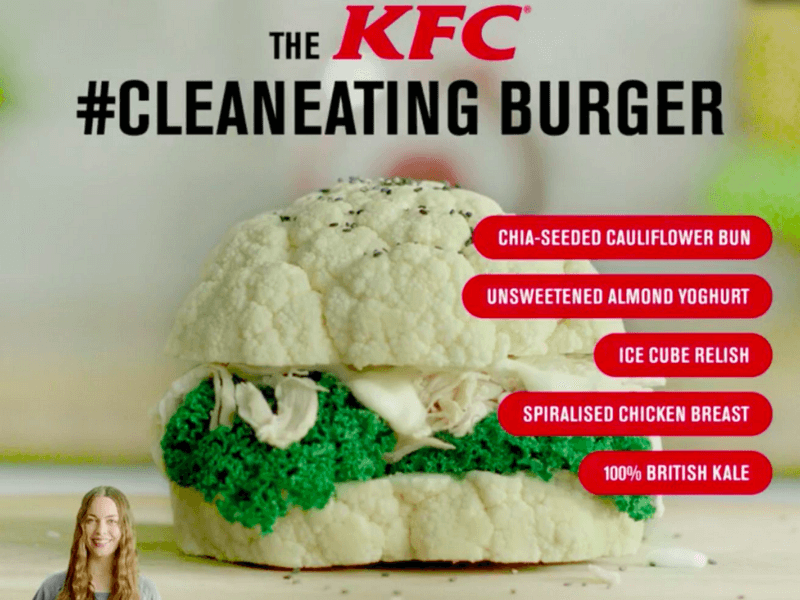 To be able to sell your product (or idea), you need to have a few passionate activists strongly behind you. No author created a better theoretical framework of the issue than Malcolm Gladwell in The Tipping Point: How Little Things Can Make a Big Difference (2000). The tipping point is “a point in time when a group — or a large number of group members — rapidly and dramatically changes its behaviour by widely adopting a previously rare practice” (Wikipedia). In the book, Gladwell describes the “mysterious” sociological changes that mark everyday life. “Ideas and products and messages and behaviors spread like viruses do”. 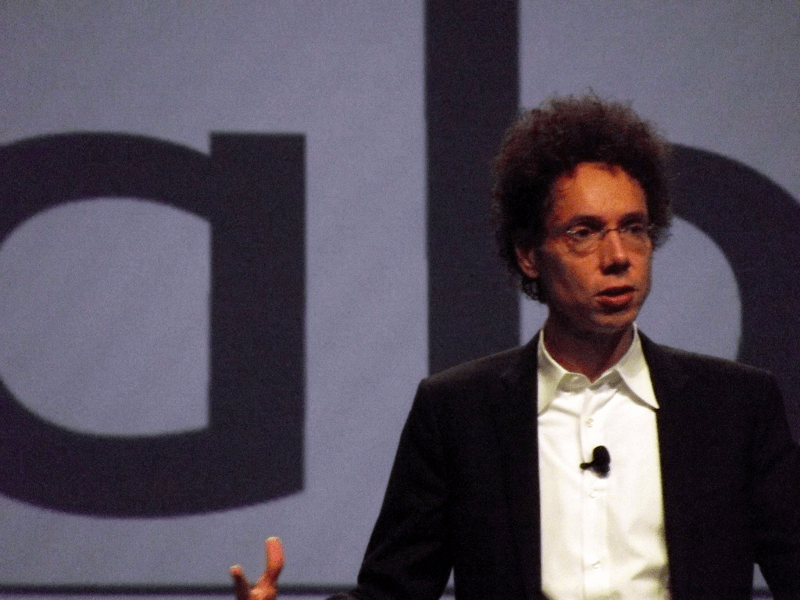 According to Gladwell, in the tipping points of epidemics, one important law applies: “The Law of the Few”. It states that “the success of any kind of social epidemic is heavily dependent on the involvement of people with a particular and rare set of social gifts”, which, Gladwell writes, economists call the “80/20 Principle”, i.e. the idea that in any situation roughly 80 percent of the ‘work’ will be done by 20 percent of the participants.

These people include three sub-categories. “Connectors” are the people in a community who know large numbers of people and who are in the habit of making introductions. “Mavens” are “information specialists”, or “people we rely upon to connect us with new information”, who accumulate knowledge, know how to share it with others, and start “word-of-mouth epidemics”. Last but not least, “salesmen” are “persuaders”, charismatic people with effective negotiation skills.

It is critical to have connectors, mavens and salesmen behind you for your idea (or product) to spread. To achieve that, nothing is more important than to have a clear point of view. It must be clear to them that you believe in something and have a backbone. As Simon Sinek says, “People don’t buy what you do; they buy why you do it. And what you do simply proves what you believe” (Start with WHY).

But be careful not to exploit activism for advertising purposes

Companies have understood all too well the power of brand activism, so much so that they sometimes confuse activism and advertising. To politically active consumers, nothing is more irritating than brands that stick their noses into causes they have no business being involved in.

“Twitter conversations and corporations don’t mix”, said comedian and activist John Oliver in an episode of his popular TV show that was dedicated to “Corporations on Twitter”. He cites the examples of one brand exploiting Martin Luther King day to promote unrelated products, or another exploiting a Twitter hashtag about domestic violence to sell pizza.

Clearly there is a point when brand activism becomes “activism washing”. Then the corporate message is perceived as clearly inauthentic and wretchedly and offensively opportunistic. Only speak up when it actually concerns you. Be authentic. And remain silent in all the other cases. As John Oliver said, “your silence will never be controversial”. 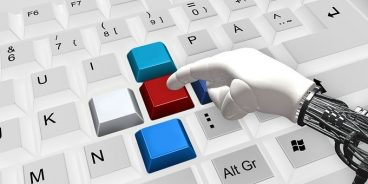 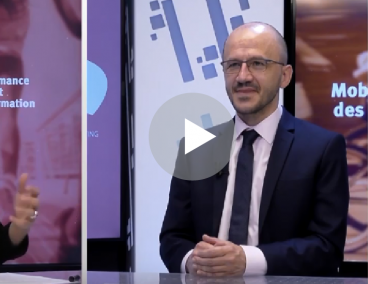 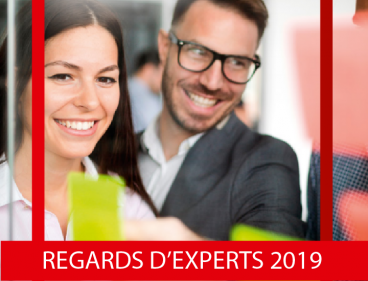